It’s been a long couple of years…come join the Oakland Schools Education Foundation at the Flagstar Strand Theater in Pontiac on Thursday, October 13, 2022 for a night of fun and laughs! Featuring Mike Young and friends, you’ll be sure to have a fantastic time!

Tickets are available through Ticketmaster and run from $50 – $250. Sponsorship opportunities are also available! 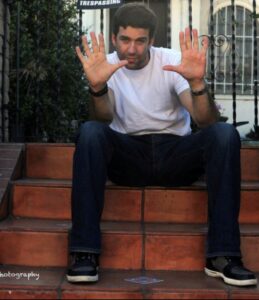 Well known comedian, writer and director Mike Young is a comedy voice for the new world. His Woody Allen-like acerbic wit and hilarious punch lines combined with his Judd Apatow-like subject matter and original delivery makes Young one of the most in-demand writer/directors/performers of his time. Appearing on Showtime, Late Night with Craig Ferguson, AXTV’s Live At Gotham and The Carson Daly Show Mike got his start in the stand-up world. Opening for the likes of Rusell Peters during his World Tour and Bob Saget right here in the states, Mike’s demographic is far reaching, connecting to audiences of all colors, ages and backgrounds. His Young American Comedy Tour featuring Sebastian Maniscalco, Bobby Lee and Bert Kreischer sold out venues across America. Young recently filmed scenes for his upcoming film “Stealing Jokes” in downtown Detroit. Born in Detroit and raised in Southfield, Mike’s comedy comes from real-life stories and characters he knew only too well.

Proceeds from this event will support our Scholarships for Success program by helping students at the Oakland Schools Technical Campuses (OSTC) attend college, trade school or participate in apprenticeships that prepare them for college and careers. These scholarships help ensure students take the next step in education, while fostering a well trained, talented workforce ready for employment by Oakland County companies.

These scholarships can be life-changing for Oakland County students!

Everybody Needs a Laugh